There is a story about a farmer who had a dog.  One day the farmer’s neighbor came over to borrow a tool, and while they were talking the farmer’s dog was howling.  As they talked, the dog continued to howl. It was distracting to the neighbor, and he was finding it hard to carry on the conversation with the farmer while the dog was howling.  Finally he asked the farmer, “what’s wrong with your dog?”  To which the farmer replied, “he’s lying on a nail.”  This puzzled the neighbor, and he asked, “why doesn’t he move?” The farmer’s response: “he’s comfortable.”

The story seems ridiculous, but don’t we see it every day in our lives and at work?  Especially at work.  I cannot begin to count the number of times I am asked to implement a new CRM system for a company that is struggling with their current CRM system.  Yet, they want the new system to look and function just like the old system.

Often when I am consulting prior to a CRM implementation, users will go on and on about the problems with the current system or method of tracking customers. It’s almost as if the old system is the plague, and they can’t get away from it soon enough.  Users beg and plead for a new system, then after a new system is implemented, the users do not use it. It’s not like the old system. 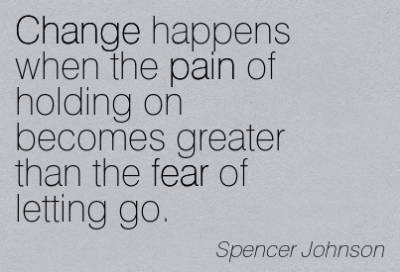 It’s quite simple, as a general rule, people lack a sense of confidence in change.  Even change for the better.  Even though the old way was bad, they knew it.  They were the masters of it. Remove the old system and introduce a new system, and users no longer have the security of really knowing it. The playing field is leveled as there are no “experts” in the system for a period.

Usually it is the “expert” of the old system that complains the loudest, and when the old way is gone, they are terrified.  They are no longer the expert. They not only lost their confidence, but their worth or value.

What can be done?

If you’ve already implemented and are experiencing utilization issues and push back, especially from the “rock stars” of the old system, take time to make them the experts in the new system.  Work with them to understand the system and processes related to it. Recognize how they were the masters of the old way, and share your confidence in them that they will soon be the masters of the new.

If you haven’t implemented yet, get the “rock stars” on board by having them give input on screen design. Involve them in testing, and give them pre-roll-out training. Express your confidence that they will be the masters of the new system, and that you are certain they will love it.

(Sarcasm) You could tell them to do their job and use the system. That should work.

Whether you are at the beginning stages of looking to make changes to your CRM strategy, culture, and software or have already implemented and are experiencing push-back from the very people the begged for the system, contact me.  In the last 16 years of CRM consulting, I have seen just about everything, and I might be able to help. Might.